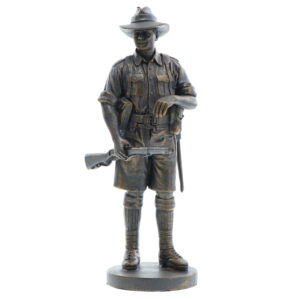 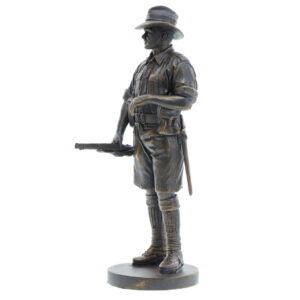 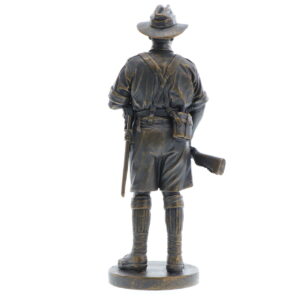 During the Second World War, Australian troops saw service in the hot climates of the Middle-Eastern and Pacific theatres. By 1942, soldiers were being issued with uniforms that were better suited to these regions. Lightweight khaki cotton drill shirts and shorts offered relief from the heat in the desert and jungle. However, the lighter shade of khaki contrasted with the dense green jungles of the Pacific, where soldiers took to dyeing their clothing to blend in with their surroundings. This figurine depicts a typical Australian infantryman in the Pacific theatre with his trusted SMLE rifle. His left arm rests on a large ammunition pouch that formed part of the basic 1937 pattern webbing, which also carried a bayonet and water bottle.

Be the first to review “WW2 Miniature Figurine” Cancel reply