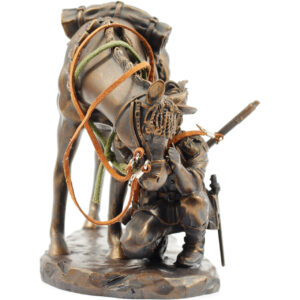 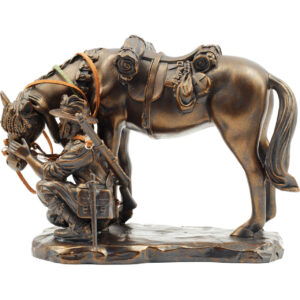 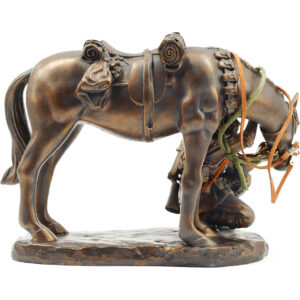 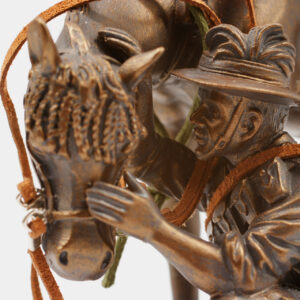 This cold cast bronze miniature figurine remembers the unique bond between men of the Australian Light Horse and their trusted Australian bred Waler mounts. The Waler was specifically bred for Australia’s harsh bush and proved a sturdy beast in battle in the Middle East deserts. The Australian Light Horse served mainly in the Mediterranean and Egyptian Expeditionary Forces, fighting the Ottoman Empire at Gallipoli and in Sinai, Palestine and Syria. Two units served on the Western Front. The light horse was not a conventional cavalry, rather they were mounted infantry who would dismount and fight on foot. Formed in sections of four riders, one man would take the section’s horses to safety while the other men joined the fight.